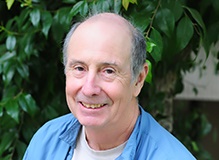 Hammock is a distinguished professor of entomology with a joint appointment at the UC Davis Comprehensive Cancer Center.

A chemical discovered at the University of California (UC) Davis may be a new, innovative tool to control depression, a severe and chronic psychiatric disease that affects 350 million people worldwide.

"The research in animal models of depression suggests that sEH plays a key role in modulating inflammation, which is involved in depression," said Hammock. "Inhibitors of sEH protect natural lipids in the brain that reduce inflammation and neuropathic pain. Thus, these inhibitors could be potential therapeutic drugs for depression."

The study, published in the journal Proceedings of the National Academy of Sciences, examined the role of the potent sEH inhibitor known as TPPU. The researchers found that TPPU displayed rapid antidepressant effects in rodents. They also found that expression of sEH was higher in key brain regions of chronically stressed mice than in control mice. For more information on the study and its authors, see the UC Davis press release.