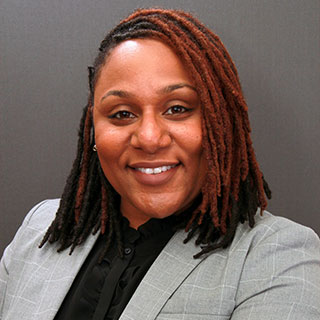 For her feature in Pediatrics Research, Smarr wrote a commentary about her journey as a young environmental health investigator and discussed her research on PediaPod, the journal’s podcast.

Melissa Smarr, Ph.D., was featured in Pediatrics Research for her work examining the effects of acetaminophen use during pregnancy on fetal growth. Her study is the first to investigate this link.

“Acetaminophen is the drug of choice for pain relief among most pregnant women. Given the high prevalence of acetaminophen use during pregnancy and its ability to freely cross the placenta, it is important to better understand the safety of this drug,” said Smarr, who is a member of the NIEHS-funded HERCULES Exposome Research Center and an assistant professor in the Department of Environmental Health at Emory University.

Smarr found no difference in fetal growth between women who reported using acetaminophen during their pregnancy and those who did not. She used ultrasound measurements and self-reported acetaminophen use data from nearly 2,300 healthy pregnant women enrolled in the NICHD Fetal Growth Study to investigate this link.

“In terms of fetal growth, our results suggest that acetaminophen may be a safe pain-relieving option for mothers. However, these results should be interpreted with caution since the study population was a very healthy group of pregnant women and may not be representative of the general population,” explained Smarr. “It’s always important for women to talk with their doctor about the best approach for managing pain and fever during pregnancy.”

As a member of the HERCULES Center, she is expanding this research to identify new ways to more accurately measure chemical exposures. While she began her research as a postdoctoral fellow at the Eunice Kennedy Shriver National Institute of Child Health and Human Development, which funded the study, the HERCULES Center pilot project program has enabled her to measure chemical concentrations in vaginal tissue in relation to changes in vaginal microbiome. According to Smarr, measuring chemicals in tissue samples may provide a more accurate estimate of the amount of the chemical absorbed by the body compared to more traditional methods, which often use blood or urine samples.

With funding from a second Center pilot project grant, Smarr is working with Mark Prausnitz, Ph.D., from the School of Chemical and Biomolecular Engineering at the Georgia Institute of Technology, to develop and test a device that uses microscopic needles to draw out small drops of fluid found in tissues, called interstitial fluid. They are using the device to extract and measure levels of phthalates in interstitial fluid from the skin. The method may provide researchers with a new way to measure chemical exposures in the body.

“The HERCULES Center has advanced my research career in numerous ways by providing pivotal financial and laboratory support to many of my research projects. Furthermore, I was introduced to Dr. Prausnitz at a HERCULES-sponsored event, which spawned our very exciting interstitial fluid study,” reflected Smarr.