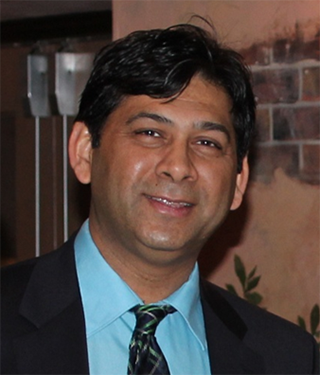 Rahman is a leader in the field of environmental and tobacco-related lung diseases.
(Photo courtesy of Irfan Rahman)

The American Thoracic Society (ATS) designated Irfan Rahman, Ph.D., an ATS Fellow for his research on chronic lung inflammatory diseases. ATS awarded Rahman this distinction to recognize his accomplishments, dedication, and contributions to ATS and to the field of pulmonary medicine. Rahman is an endowed Dean’s professor of environmental medicine, pulmonary medicine, and public health sciences at the University of Rochester Medical Center (URMC) and a member of the URMC Environmental Health Sciences Center (EHSC).

Since joining the URMC in 2003, Rahman has gained international recognition for his research on the prevention and treatment of smoking-induced lung diseases and has published more than 250 papers. Thomson Reuters, a news and information publishing company, recognized him as one of the most highly cited researchers of 2014, 2015, and 2016. He has been a leader in elucidating mechanisms of environmental and tobacco-related pulmonary diseases.

Rahman has also been elected to serve on boards of several esteemed academic journals including Nature Scientific Report, the Journal of Chronic Obstructive Pulmonary Disease, Experimental Lung Research, Journal of Inflammation, and Frontiers in Pharmacology, where he is an associate editor. With ATS, he has served as a program committee member and as chair for numerous symposia sessions on lung disease research. Through community education efforts, Rahman has also educated people about the dangers of smoking and other exposures in India, the United Kingdom, and the United States.

Rahman credits the EHSC with driving the development of his research programs in circadian biology, chromatin remodeling, mitochondrial dysfunction, cellular senescence, inflammation, and oxidants related to the impacts of environmental agents, flavoring chemicals in e-cigarettes, and tobacco products on lung pathology. He noted that the EHSC provided him critical support to generate preliminary data that helped him secure additional funding for his research.

One area of Rahman’s research focuses on chronic obstructive pulmonary disease (COPD), considered the third major cause of death worldwide. Among cigarette smokers and people who live in polluted areas, COPD is a major factor in declining lung function, and there are no effective treatments to halt this decline. Rahman’s team is identifying specific cellular and molecular pathways that contribute to COPD. He hopes to uncover pathways that may be targeted for treatments and interventions to slow the disease process. 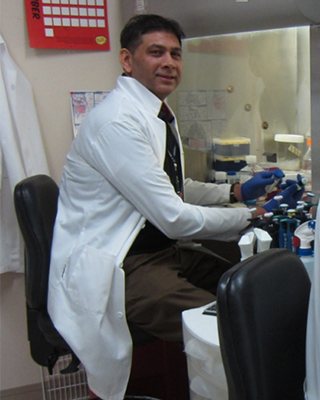 Recently, Rahman has discovered several exciting potential therapies that may prevent tobacco-related lung complications from progressing. For example, in an experimental COPD model in mice, Rahman’s team exposed mice to environmental tobacco smoke and then measured DNA damage and cellular senescence, which is when cells cease to divide due to aging. They compared normal mice to genetically altered mice lacking the gene for histone deacetylase 2 (HDAC2), an enzyme that affects DNA structure and gene expression. They found that mice lacking HDAC2 showed greater DNA damage-induced inflammatory responses and lung function declines after exposure to cigarette smoke. In addition, mice lacking HDAC2 had increased markers of cellular senescence. Based on these data, Rahman suggests that compounds that activate HDAC2 might be useful for treatment of smoking-related lung diseases like COPD.

Over the years Rahman has successfully mentored several Ph.D. students and postdoctoral and clinical fellows. He considers the accomplishments of his trainees one of the most important testaments of his scientific and academic accomplishments in pulmonary research.