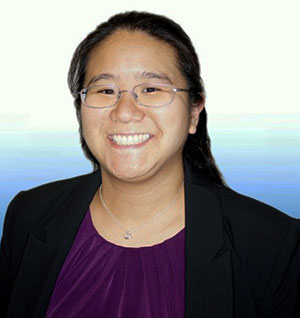 Heidi Hsieh, Ph.D., a former doctoral student in the Center for Environmental Genetics (CEG) at the University of Cincinnati (UC), was honored with the 2017 Early Career Professional Award from the American College of Toxicology (ACT). She accepted the award at the ACT Annual Meeting, held November 2017 in Palm Springs, California.

The award recognizes toxicologists early in their careers who have demonstrated outstanding service and contributions to ACT. Hsieh served as an editorial assistant for ACT’s International Journal of Toxicology from 2013 to 2015 and chaired the ACT Webinar Subcommittee from 2015 to 2016.

Hsieh earned her doctorate in toxicology from the UC Division of Environmental Genetics and Molecular Toxicology. Working with CEG member Mary Beth Genter, Ph.D., Hsieh’s research examined the mechanism of zinc toxicity in olfactory neurons. During her doctoral studies, she twice received CEG’s New Investigator Scholar award. The award supports graduate students and postdoctoral fellows who have demonstrated an interest in, and strong potential for, productive careers focused on gene-environment interactions and their implications for the development of human health and disease.

Prior to completing her doctoral studies, Hsieh worked as a principal researcher at Procter & Gamble in Cincinnati, Ohio. She is now a study director at Covance Laboratories, Inc. in Madison, Wisconsin, where she directs nonclinical studies in the areas of acute, subchronic, and chronic toxicology. Her responsibilities include overall study design and monitoring the technical conduct of all phases of the study. She is also responsible for the analysis, interpretation, documentation, and reporting of study results.