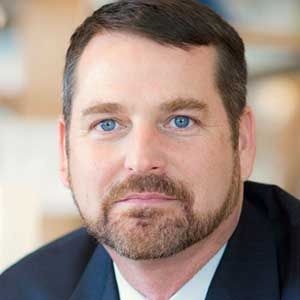 Miller studies how the exposome contributes to human health and disease. In August 2018, Miller moved to Columbia University where he is now a member of the NIEHS Center for Environmental Health in Northern Manhattan.
(Photo courtesy of Gary Miller, Ph.D.)

HERCULES Center Director Gary Miller, Ph.D., answered questions about the exposome and why it matters to human health on a recent episode of Big Picture Science, a weekly radio show and podcast of the SETI Institute.

The exposome is the total of all the exposures we experience throughout our lives. The exposome includes external exposures, such as chemicals, radiation, infectious agents, and diet, as well as the body’s internal response to those exposures.

Funded in 2013 by NIEHS, the HERCULES Center at Emory University was the first exposome-based research center in the U.S. By providing researchers access to cutting-edge technologies and facilitating multidisciplinary collaborations between scientists at Emory University and Georgia Tech, the Center is at the forefront of exposome research.

In the episode, titled "You Are Exposed," Miller is one of four leading scientists discussing “omes,” including the microbiome, the virome, and the exposome. You can hear Miller discuss the exposome and his work at the HERCULES Center in part four of the episode.

Big Picture Science is hosted by Seth Shostak, SETI Institute Fellow and Senior Astronomer, and science journalist Molly Bentley. The show explores modern science and technology through smart and humorous storytelling. You can find it on more than 140 radio stations nationwide or on iTunes and other podcast websites.

“It’s the unanswered part of the genome studies that really drive the exposome research,” he said. “And so we want to partner with geneticists to get that good genetic information to help us interpret the impact of the environmental chemicals.”

To study the exposome, Miller and HERCULES researchers are manipulating genetic and environmental factors in the model organism C. elegans. “The idea is that we can study the exposome of this small worm and systematically mutate their genes. So it’s a really good way to scientifically look at how genes and environment interact in a way that we can’t do in humans. It helps us test the hypotheses of ‘does this gene increase the vulnerability to this chemical?’” Miller told Big Picture Science.

Beginning August 2018, Miller will relocate to Columbia University where he will continue his research as a member of NIEHS Center for Environmental Health in Northern Manhattan and serve as the Vice Dean for Research Strategy and Innovation in the Mailman School of Public Health.