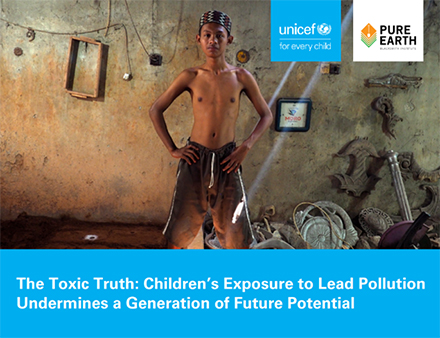 Lead poisoning affects more children than previously thought, according to a new report conducted by UNICEF and Pure Earth, an international nonprofit organization.

The report, “The Toxic Truth: Children’s Exposure to Lead Pollution Undermines a Generation of Potential,” finds about one in three children – up to 800 million globally – have blood lead levels at or above five micrograms per deciliter, which the World Health Organization and the U.S. Centers for Disease Control and Prevention consider a cause for action.

“The health effects of lead are more substantial than any other chemical out there,” said Richard Fuller, president of Pure Earth and coauthor of the report. “This is one of the first reports to comprehensively analyze the impact of lead exposure globally.”

The report details the link between lead exposure and neurological and cognitive development and behavioral problems. In children, the health effects on a developing nervous system, particularly in those under the age of five, can contribute to long-term diminished IQ scores, academic achievement, and ability to pay attention. Lead exposure has also been shown to adversely impact mental health and increase crime and violence, according to the report.

“Lead has a wide range of health effects for both children and adults,” said Suril Mehta, M.P.H., health scientist at NIEHS. “Infants and young children are particularly vulnerable because their bodies are still developing. Even at low levels of lead exposure, we have observed significant neurological effects, but also physical effects such as reduced growth, delayed puberty, or decreased hearing. Health effects in adults can include impaired kidney functioning, hypertension, and reproduction in men and women.”

Long-term health effects of lead exposure, such as kidney damage and cardiovascular disease, account for an estimated 900,000 deaths a year, according to the report, which used data collected by the Institute of Health Metrics Evaluation. “Looking at a particular set of disease outcomes, the total amount of premature deaths is similar to the impacts of malaria and HIV,” said Fuller. “We need to put lead at the same center of global attention.”

Among the recommendations are the need to improve lead exposure research. NIEHS supports research on children’s environmental health and projects seeking to better understand the health effects of lead exposure, its correlation to long-term behavioral issues, and possible exposures from contaminated soils or contaminated drinking water.

Sources and exposures of lead differ among high and low-and middle-income countries (LMICs). While countries have made efforts to remove lead in gasoline, the metal can still be found in a wide variety of goods including paint, plumbing pipes, ceramics, pottery glaze, and batteries. LMICs are disproportionally affected, especially in South Asia, which is home to nearly half of the world’s children who are exposed to lead.

The report cites as a primary cause the unregulated recycling practices of lead-acid batteries, notably from automobiles. These recycling operations can include manual removal as well as smelting, a process that involves heating the recovered lead with chemicals to extract the metal. This method can release harmful particulates into the air, soils, and waterways. Over the last 20 years, the number of new vehicles sold in LMICs have more than tripled, resulting in up to half of older batteries left to informal recycling, according to the report.

Global mined lead production since 1995 has continued to increase.
(Photo courtesy of UNICEF and Pure Earth)

Lead in various countries can also be found in spices, cosmetics, ceramics, and cookware. In some cases, lead, as lead chromate, is intentionally added to turmeric to enhance its bright yellow color. In addition, lead is also used as a glaze on ceramics, and often in aluminum cookware. These exposure pathways can be particularly hazardous to infants and young children, according to the report.

“Children’s potential for lead exposure is higher compared to adults in part because of their behaviors,” said Mehta. “Young children tend to crawl and put things in their mouth, which can leave them at greater risk of ingesting lead dust, one of the most significant contributors to lead exposure.”

The Cost of Inaction

The report quantifies the pervasive nature of childhood lead exposure on a country’s economy, estimating the total cost in lost economic potential in LMICs of nearly $1 trillion. In Africa, costs as a percentage of gross domestic product is nearly 4%, according to the report.

Less difficult to predict are the social costs of impaired cognitive development and learning disabilities. The report finds lead poisoning correlates to violence and crime in adulthood. “Lead impacts frontal cortex development,” said Fuller. “This can mean less empathy and less control, leading to increased violence. If one of the underlying predictors for a lot of violence in the world is a chemical, then we have a real opportunity in reducing blood lead levels.

Once exposed, it is very difficult to prevent the effects of lead poisoning. Therefore, the best prevention is to stop exposures before they can take place. The report ends with a detailed approach for how countries, especially in LMICs, can reduce children’s exposure to lead. In addition, UNICEF and Pure Earth recently announced a partnership with Clarios Foundation to mobilize international action. 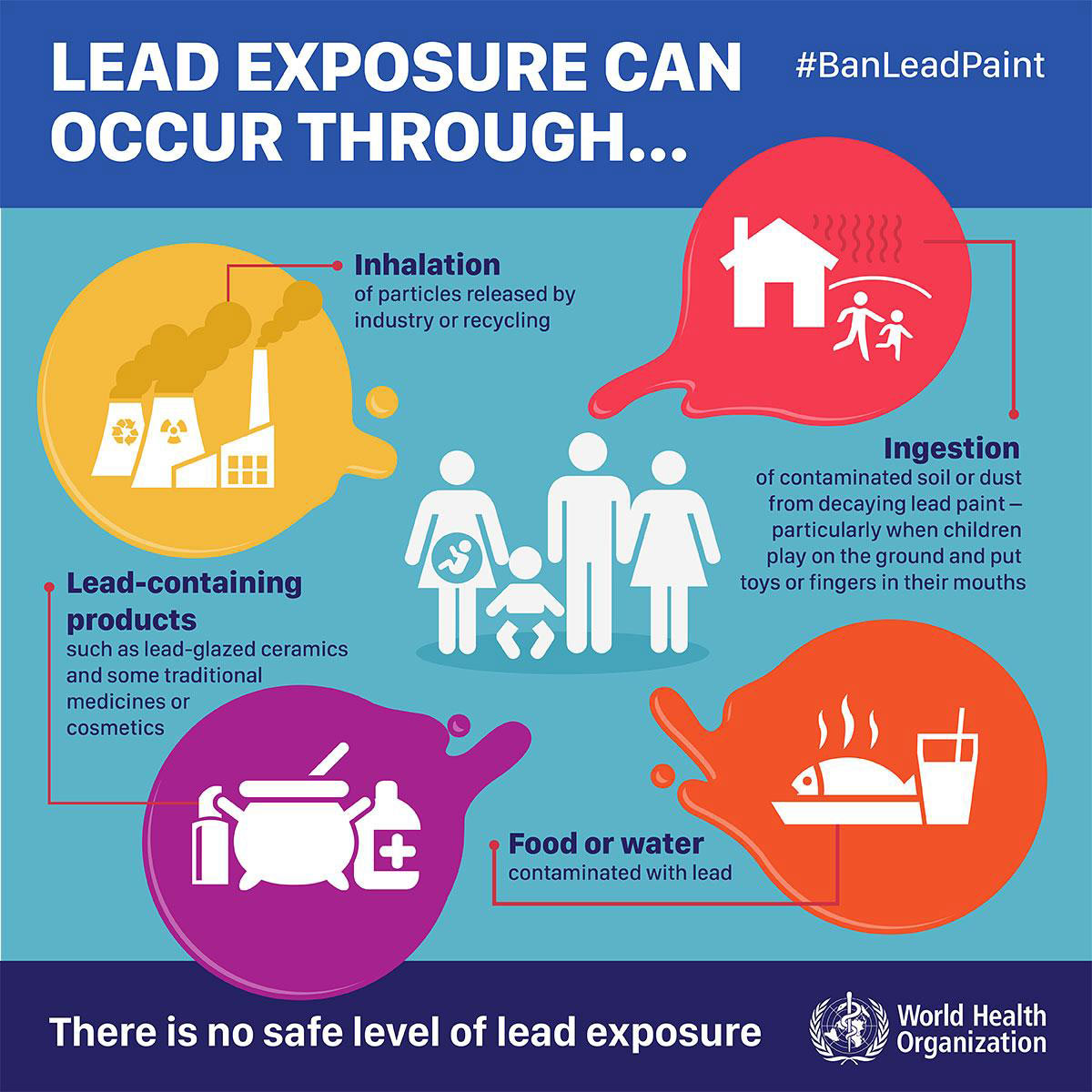