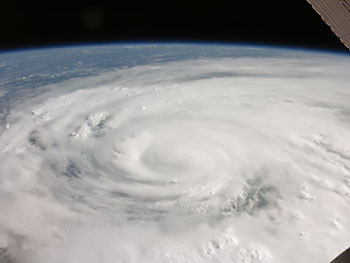 In the past few months, two major assessments have been released that look at climate change from global and U.S. perspectives, respectively:

Both assessments draw from scientific evidence to state that climate change is occurring and is already affecting human health, among other impacts. But they have some divergences in emphasis, as well, based on their different areas of focus:

The IPCC report, as would be expected, looks across the globe, with an emphasis on the poor and other vulnerable populations. It notes, “the poor and those least responsible for GHG [greenhouse gas] emissions will be most severely affected. However, health is also increasingly affected in wealthier countries.”

The report describes how climate change affects water quantity and quality, food security, extreme weather events, air pollution, vector-borne disease, ecosystem changes, and conflict and migration, all of which, in turn, contribute to the burden of disease. “The report concludes that people, societies, and ecosystems are vulnerable around the world, but with different vulnerability in different places,” said Chris Field, Ph.D., a co-chair of the IPCC Working Group II. “Climate change often interacts with other stresses to increase risk.”

The underlying problems related to poverty, starvation, refugeeism, and other drivers of ill health are part of the context in looking at the impacts of climate change on a global level, according to John Balbus, M.D., NIEHS senior advisor for public health, who coordinated the U.S. government review of the IPCC chapter on health and participated in the IPCC process as review editor of the chapter on urban areas. “The IPCC recognizes that climate change is a stressor,” he said. “However, it makes the point that the most important thing to enhance the resilience of the most vulnerable in the world is to address these fundamental problems first.” 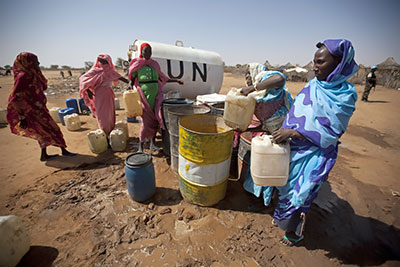 To that point, the report states, “The most effective adaptation measures for health in the near-term are programs that implement basic public health measures such as provision of clean water and sanitation, secure essential health care including vaccination and child health services, increase capacity for disaster preparedness and response, and alleviate poverty.”

The NCA has a different audience and context in its U.S. orientation. It too underscores that “climate change presents a global health problem,” albeit from the perspective of a highly developed country.  In the NCA, as with the IPCC report, health is a more prominent feature than in previous assessments, reflecting the growing evidence about the range of health impacts, including asthma and allergies, cardiovascular disease, and others. (For a summary of the NIEHS role in the NCA, see the June E-Factor.)

However, the report frames information from the economic and social circumstances in the United States. "Its conclusions are aimed at raising awareness of the pervasive influence of climate on many different health problems in the United States and identifying the ways in which our relatively wealthy society may still be vulnerable to impacts of climate change," said Balbus.

Though new ground to include, both reports include discussion about what are termed the co-benefits associated with climate change adaptation and mitigation. Actions such as the reduction in carbon dioxide emissions through increased use of renewable energy sources can also reduce air pollutants like sulfur dioxide and particulate matter, thus benefiting health as well as climate.

As reported in the IPCC summary report, “researchers and institutions are turning their attention to the co-benefits associated with adaptation and mitigation.” 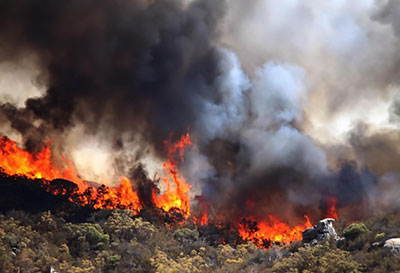 And, as noted in the NCA, “there is growing recognition that the magnitude of health ‘co-benefits,’ like reducing both pollution and cardiovascular disease could be significant, both from a public health and an economic standpoint.”

The examples in the NCA tend to reflect those associated with a developed economy—such as transportation and urban design—while the first co-benefit listed in the IPCC report relates to household solid fuel combustion. The NCA also warns against what it calls “co-harms,” such as the fact that increasing green space, while positive on many fronts, could also exacerbate some allergies.

Attention to health and climate change—as evidenced by the NCA and IPCC assessments—is growing, including some upcoming global events in which NIEHS will play an important role. “The IPCC is a part of a big gain in international momentum related to an awareness of health impacts of climate change and the co-benefits of action,” said Balbus.

In late August, ministers of health and other government officials, climate change researchers, and public health specialists will convene at the first Climate Change and Global Health Summit in Geneva. One of the expected outcomes, according to Balbus, is a set of recommendations for strengthening the resilience of health systems to maximize the health benefits of climate actions.

Similarly, the Nairobi Work Programme (NWP), a part of the UN Framework Convention on Climate Change that provides technical assistance to low- and middle-income countries related to climate change adaptation, will have health as a sector of focus for the first time. NIEHS has been involved in defining the U.S. position related to its role and contribution in the NWP.