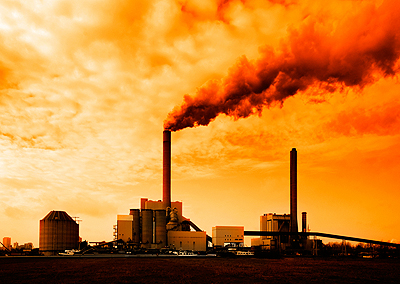 Reducing global greenhouse gas emissions to slow climate change could prevent millions of premature deaths due to air pollution over the next century, according a new study funded by NIEHS. The study, led by Jason West, Ph.D., an assistant professor of environmental sciences and engineering at the University of North Carolina, strengthens the case for mitigating global greenhouse gas emissions by highlighting additional benefits to air quality and human health. The study is the first use of a global model and realistic future scenarios to estimate benefits for air quality and human health.

Exposure to outdoor air pollution has been linked to heart and respiratory diseases and was recently classified as a human carcinogen by the International Agency for Research on Cancer. Because air pollution and greenhouse gases are often released from the same sources, cutting greenhouse gas emissions in an effort to slow climate change also reduces air pollutants, such as fine particulate matter (PM2.5).  Reducing these co-emitted air pollutants improves air quality and benefits human health. 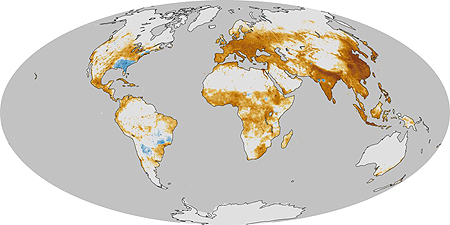 West and his colleagues compared two future scenarios, one with aggressive policies to cut global greenhouse gas emissions and one with no climate policy. The researchers then used global models to evaluate how these scenarios would affect air quality and human health in 2030, 2050, and 2100. Actions under the climate policy scenario included using nuclear and renewable energy as alternatives to fossil fuels and increasing forest cover.

West’s team found that reducing greenhouse gas emissions could prevent approximately 0.5 million premature deaths due to air pollution in 2030, 1.3 million in 2050, and 2.2 million in 2100.  The economic value of these health benefits was estimated at between $50 and $380 for every ton of carbon dioxide cut, which is greater than the predicted cost of reducing greenhouse gases.

The benefits are greatest for densely populated regions like South and East Asia, North America, and Europe. In China and East Asia, the air quality and health benefits are 10-70 times greater than the cost of reducing greenhouse gas emissions in 2030.

“Our approach accounts for global transport of air pollution, future population and economic growth, and increases in susceptibility of the global population to the health effects of air pollution,” said West, “This is what led us to see higher co-benefits than previous estimates.”

Past studies have typically examined only short-term and local or regional benefits of reducing greenhouse gases, but climate change is a long-term, global problem. “The world has been slow to act on climate change because the full benefits of reducing emissions won’t be realized for 50 to 100 years,” said West, “and because they occur on a global scale, nations have tended to rely on others to lead.” But, he said, “the co-benefits for air quality and human health are felt locally and rapidly, which could motivate countries to pursue a low-carbon future.”