Waterborne diseases are caused by a variety of microorganisms, biotoxins, and toxic contaminants, which lead to devastating illnesses such as cholera, schistosomiasis and other gastrointestinal problems. Outbreaks of waterborne diseases often occur after a severe precipitation event (rainfall, snowfall). Because climate change increases the severity and frequency of some major precipitation events, communities—especially in the developing world—could be faced with elevated disease burden from waterborne diseases. In addition, diseases caused by Vibrio bacteria such as cholera and other intestinal diseases may pose a greater threat due to the effect that rising sea temperatures will have on the growth and spread of bacteria. Climate change is likely to increase diarrheal disease incidence worldwide, and extreme weather conditions may also complicate already-inadequate prevention efforts. Although the United States has prevention and treatment strategies for waterborne diseases, surveillance is still spotty, diagnoses are not uniform, and understanding of the impact of climate change on these diseases is not well established. 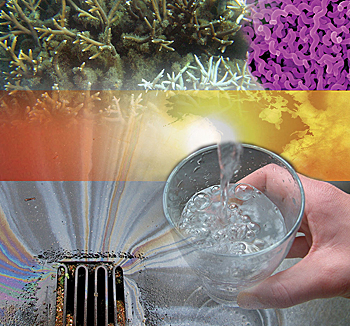