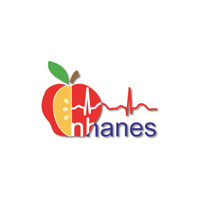 The first National Health and Nutrition Examination Survey (NHANES I) was conducted by the National Center for Health Statistics between 1971 and 1974. NHANES I was a clustered, multi-stage stratified probability sample of 23,808 individuals ranging in age from one to 74 years and drawn from the non-institutionalized civilian population of the United States. A random subsample of the 14,407 examined adults aged 25-74 were given supplemental questionnaires on cardiovascular and respiratory history.

In 1981, the National Institute on Aging and the NCHS began a follow-up of the original NHANES I cohort. In order to evaluate the usefulness of major epidemiological studies for predicting coronary heart disease in the United States population, the NHLBI added a Framingham model verification component to the follow-up. The risk factors (systolic blood pressure, serum cholesterol, and cigarette smoking) for death from coronary heart disease were compared using results from the seventh cohort examination of 1960-1964 as baseline in Framingham and the NHANES I examination of 1971-1974 as baseline for the NHANES I Epidemiologic Follow-up Study (NHEFS). The endpoint for each study was coronary heart disease death as coded from the death certificates. Results of the NHLBI portion of the follow-up demonstrated that the major risk factors for coronary heart disease mortality described in previous Framingham analyses were applicable to the United States white adult population.

In 1986, the total surviving cohort of NHANES I (approximately 12,500) were re-contacted in order to improve risk factor morbidity and mortality analyses. The NHLBI contributed to funding the NHANES III and currently contributes to funding NHANES IV. NHANES III incorporated features which distinguished it from earlier surveys in the series. The features included a longitudinal component, meaning that individuals were followed over time for vital statistics and re-examination, long-term biological specimen banking, and oversampling of Blacks and Hispanics. The component of additional questions and procedures provided information on the common heart, vascular, lung, and blood diseases, risk factors and elements of medical care. It also indicated how representative the NHLBI population-based epidemiologic studies were and to what extent the findings of these studies could be generalized to the United States population. The major NHLBI ongoing studies which were compared with NHANES III were the Coronary Heart Disease Risk Factor Development in Young Adults (CARDIA), Atherosclerosis Risk in Communities (ARIC), the Framingham Heart Study, and the Cardiovascular Health Study.

To supplement the fourth National Health and Nutrition Examination Survey protocol to include data on the common heart, vascular, lung, and blood diseases.

In cooperation with NIAID, NIEHS developed an allergy component to the National Health and Nutrition Examination Survey (NHANES) 2005-2006. The component was fully implemented in January 2005. The goal of the allergy component is to gain a better understanding of asthma and the roles that indoor allergens and endotoxin play in asthma and other allergic diseases.

The specific aims of this research are to:

To address these aims, the following procedures are being performed as part of the allergy component:

The NHANES is the only existing national survey that can capture both the environmental and clinical data, and it will provide an invaluable database unmatched by any in size or content. This database will allow researchers to examine many relationships besides the ones proposed, such as the role of diet, obesity, diabetes, and genetics in the development of allergic sensitization and disease.