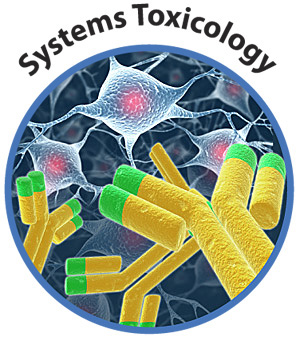 Dori Germolec, Ph.D. is a biologist who joined the National Institute of Environmental Health Sciences (NIEHS) in 1985. She specializes in the effects of chemicals on the immune system and is an adjunct assistant professor in the department of Molecular Biomedical Sciences, College of Veterinary Medicine, North Carolina State University.

Dr. Germolec designs research and/or testing protocols to characterize the biologic, toxicologic and/or physiologic effects of chemicals and/or agents on the immune systems. Dr. Germolec serve as a project leader for the toxicologic and carcinogenic assessments of agents of interest to the National Toxicology Program (NTP) as well as a subject matter expert in multidisciplinary review teams comprised of in-house and external scientists evaluating studies on selected chemicals. Dr. Germolec also serves as a resource for regulatory and research agencies, and the public who are looking for information on the toxicity of chemicals and how they affect function and burden of disease.

Dr. Germolec’s scientific investigations have resulted in over 100 publications in various areas of toxicology, resulting in the receipt of an NIH Merit Award and The Society of Toxicology (SOT) Best Publication Award in 1995. In 2004, she received the Outstanding Young Investigator Award from the Immunotoxicology Specialty Section of the SOT and in 2017 was awarded the Vos Award for Career Achievement in Immunotoxicology. Dr. Germolec has been an active participant in the SOT, serving on multiple committees and as an SOT Councilor in 2011 – 2013. She also served as president of the Immunotoxicology Specialty Section. Dr. Germolec also plays a key role in fostering an atmosphere of professional excellence and scientific endeavor among scientists at NIEHS. She has served as a member of the NIEHS Assembly of Scientists (AOS) Council since 2000, most recently as the AoS president in 2011.