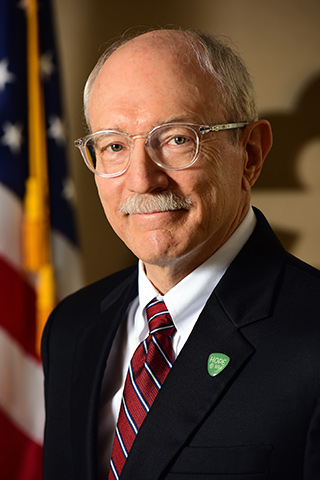 “Innovation has been a hallmark of Rick’s scientific career and it’s at the center of his vision for leading NIEHS,” said Dr. Collins. “He will be working to support new technologies and scientific approaches throughout the field of environmental health sciences – applying his proven skills in scientific excellence, creativity, and rigor to improving public health.”

Woychik is highly respected for a long list of accomplishments in mammalian genetics and environmental epigenetics. His laboratory was the first to identify a gene associated with polycystic kidney disease, the first to connect a protocadherin gene ultimately linked to hearing loss in Cushing’s disease patients, and the first to clone an obesity-related gene called agouti. Dr. Woychik says his passion for epigenetics and environmental health sciences started when his research group discovered that the obesity trait associated with one of the agouti mutant mouse lines was influenced by the epigenome during embryonic development.

“Individuals, with their unique biological make-up, respond to the environment in different ways. Our current research strategies mostly employ a ‘one size fits all’ approach that does not factor in this critically important variable,” Dr. Woychik explained. “My vision is to deal with the individual genetic, epigenetic and biological variability in the establishment of research strategies for studying public health and environmental toxicology.”

Addressing environmental and genetic factors that contribute to health of the individual is generally referred to as precision medicine. This is a major focus at NIH, especially through the All of Us Research Program. Dr. Woychik will work closely with the All of Us leadership to contribute NIEHS research on environmental exposures toward this landmark program.

Dr. Woychik earned his Ph.D. in molecular biology in 1984 from Case Western Reserve University in Cleveland. He moved into the field of molecular genetics during his postdoctoral training in Philip Leder’s laboratory in the Department of Genetics at Harvard Medical School, Boston.

Woychik initially joined NIEHS in 2011 as deputy director. He successfully led the institute’s strategic planning exercises and guided implementation of the plans across a broad range of scientific disciplines. While his own expertise is as a basic scientist conducting genetic and epigenetic experiments to study the influence of the environment, as deputy director and acting director of the institute he interacted with investigators conducting a broad range of environmental health science research. With this experience, he brings a wealth of in-depth knowledge relating to the many disciplines of science that are necessary to lead environmental health science research. Prior to NIEHS, Woychik served nearly 10 years as the President and CEO of The Jackson Laboratory, Bar Harbor, Maine, where he oversaw seven major building projects in Maine and California, enhanced the organization’s focus on basic mechanistic research in model organisms with a focus on translation to human health and disease, established the Genetics Resource Science division, and oversaw a major realignment of the nonprofit business unit to substantially improve efficiency and outreach to the global biomedical community.

“I’ve always conducted my research in a highly collaborative manner, and I’ve reached out to investigators with expertise different and complementary to my own,” Dr. Woychik said. “This is a paradigm that I have also embraced as a science administrator and I plan to do the same as director of NIEHS.” 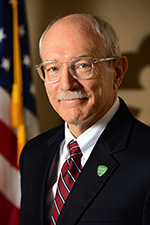