Scientists looking for jobs after completing their training may soon have a new tool that helps them evaluate various career paths. The new tool uses a method that was developed by scientists at the National Institute of Environmental Health Sciences (NIEHS), part of NIH. The method differs from others in that it separates employment trends in biomedical science by sector, type, and job specifics. The creators hope this novel approach will be useful throughout NIH, as well as for academic and research institutions around the world.

Led by Tammy Collins, Ph.D., director of the NIEHS Office of Fellows’ Career Development, team members collected detailed career outcomes for more than 900 NIEHS postdoctoral fellows over the past 15 years. Postdoctoral fellows, or postdocs, are scientists who have received their doctoral degrees and are participating in a program that offers additional training.

"As we sought to determine how to make sense of detailed career outcomes in a standardized way, we used a bottom-up approach, rather than forcing the data into any particular naming system already being employed," Collins said. "We looked at what our postdocs were specifically doing, and asked what is the most logical way to categorize and visualize the information."

The study found distinct differences between United States and international postdocs in the kinds of jobs they landed. In an almost 2-to-1 ratio, international postdocs were going into academic positions to do basic research. However, analysis of the total number of international postdocs specifically entering academic positions showed that 70 percent of this subpopulation entered them abroad. Postdocs in the U.S. tended to enter for-profit companies to do applied research. Overall, nearly half of NIEHS postdocs went into the academic sector, which was surprising to some, since many young scientists thought that doing a government postdoc would prevent them from getting a tenure-track position in academia.

As president of the NIEHS Trainees Assembly, an organization that fosters the professional development of NIEHS postdocs, Kathleen McCann, Ph.D., said the study will be incredibly useful for current and future trainees.

"It also demonstrates that NIEHS is an excellent place to train, no matter your career goals, because NIEHS alumni have successfully moved into jobs ranging from basic or applied research, to science writing and communications, to teaching," she said.

The careers project began in 2013 as a way to establish a snapshot of career trajectories for NIEHS postdocs and to report the findings to NIH. Collins said she was pleased to see other institutions commit to similar efforts. In 2016, the University of California, San Francisco released the first paper on institutional postdoctoral career outcomes, setting a standard for others to follow. Also, a group called Rescuing Biomedical Research independently came up with a similar careers naming system. A few months after NIEHS submitted its findings for publication, the group published an in-depth report on how they plan to classify career outcomes at their institutions.

Collins and Xu are refining a way to visualize data using the R software, and plan to release additional information on NIEHS career outcomes online. Releasing the information to the public would allow individuals or institutions to upload data from an excel spreadsheet into the new tool and readily see and compare their own employment trends. 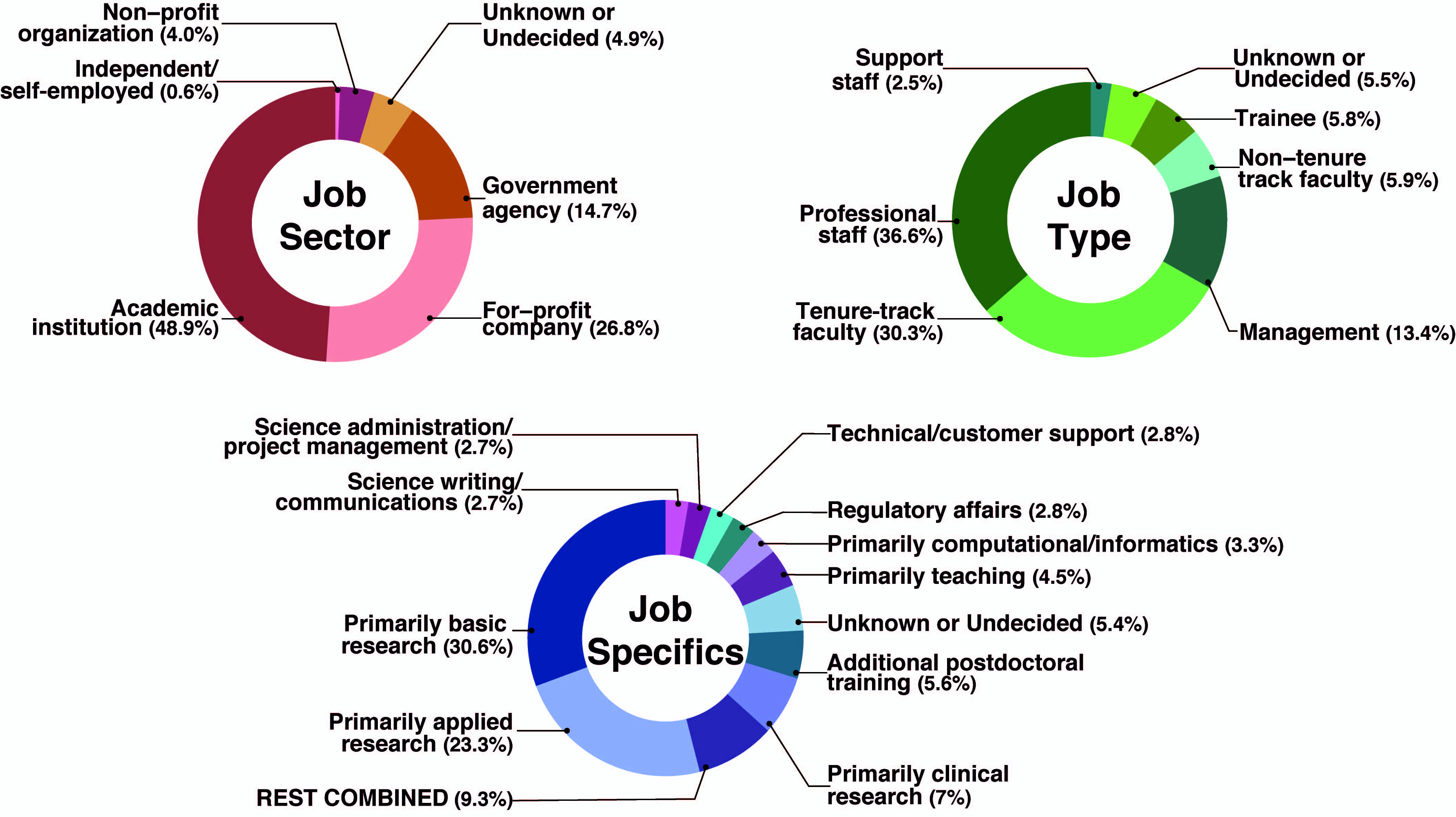 The study categorized career outcomes for NIEHS postdocs by sector, type, and job specifics. The authors envision that this approach will help young scientists make career decisions based on data and not anecdotal evidence.
(Photo courtesy of NIEHS)