The National Toxicology Program (NTP) has named Brian Berridge, D.V.M., Ph.D., as its new Associate Director. Berridge, formerly of GlaxoSmithKline, will oversee day-to-day operations as NTP coordinates toxicology research and testing across nine different federal agencies, including the National Institutes of Health, the U.S. Food and Drug Administration, and the Centers for Disease Control and Prevention. Berridge is replacing John Bucher, Ph.D., who has served as Associate Director since 2007 and plans to continue with NTP as a senior scientist. 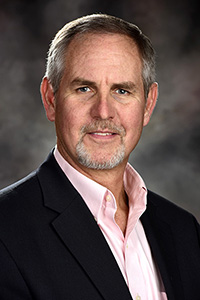 Berridge will take over guidance of NTP products like the congressionally mandated Report on Carcinogens, which currently lists 248 cancer-causing agents, and scientific literature reviews on topics like fluoride that are nominated to NTP by other agencies or the public. He will also help oversee toxicological studies on topics such as chemical spills and cell phones. Since 1978, NTP has evaluated more than 2,800 chemicals and other agents for a variety of health-related effects, like contributing to cancer or being toxic to reproductive, immune, or nervous systems. NTP is headquartered at the National Institute of Environmental Health Sciences (NIEHS), part of NIH.

“We are thrilled that Dr. Berridge is bringing his expertise to environmental health, including experience with both traditional and novel toxicological methods,” said Linda Birnbaum, Ph.D., who has been the director of NTP since 2009, while also directing NIEHS. “We are also deeply appreciative of Dr. Bucher’s exemplary leadership for the past decade.”

Berridge, a veterinary pathologist with expertise in cardiovascular toxicology, came to NTP after spending five years directing worldwide animal research strategy at GlaxoSmithKline. In this role, he led efforts to improve animal and non-animal testing for pharmaceutical effectiveness and safety.

Berridge will now help NTP select optimal ways to determine the safety of chemical compounds in the environment. As a member of the Scientific Advisory Committee on Alternative Toxicological Methods, he has already been advising NTP in this capacity since 2015. Berridge is an advocate for alternative toxicological methods that decrease dependence on animal studies, while also optimizing the animal studies that are conducted to make sure they ultimately provide the most human-relevant information.

For example, Berridge brings NTP expertise in an alternative toxicological testing method called tissue chips. Tissue chips are devices designed to simulate the structure and function of human organs like the heart, lung, and liver, which can be used to test both drugs and environmental pollutants for toxicity. Berridge recently led a collaboration between pharmaceutical industry colleagues and the National Center for Advancing Translational Sciences, also part of NIH, as they planned the development and dissemination of tissue chips.

Looking forward, Berridge sees the challenge of toxicology as connecting the vast amounts of detailed data being generated at the cellular and molecular level with growing knowledge of diseases and conditions observed by pathologists and toxicologists.

“There is a bridge to be built there. I want to help NTP take the detailed mechanistic data generated by methods like high-throughput toxicology screening and understand what that means to a patient, a person, a population,” he said.