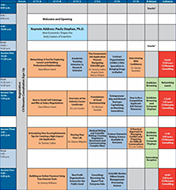 What is the NIEHS Biomedical Career Symposium?

The annual NIEHS Biomedical Career Symposium, in its 20th year, was one of the largest assemblies of biomedical organizations and young scientists in Research Triangle Park, NC. Targeting postdoctoral fellows and graduate students, the Career Symposium provided young scientists with an opportunity to explore a myriad of career options and create a contact network as they planned for their future careers in the biomedical sciences. This event held 10 workshops in addition to the 9 career panels, as well as an afternoon networking session. 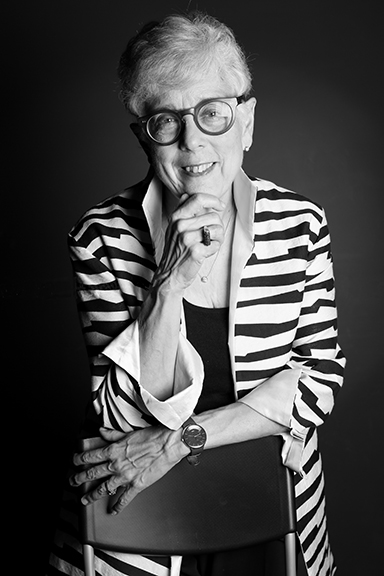 Keynote Address: "How Economics Shapes the Early Careers of Scientists"

The talk focused on how economics shapes the early careers of scientists and engineers. Special focus was on scientific labor markets for early career scientists and how these are affected by funding agencies as well as universities. Differences in scientific labor markets across fields were also be noted. The discussion pointed to underlying incentives and costs that encourage universities to staff research labs with PhD students and postdoctoral researchers and the labor market implications of this staffing model. The current situation for postdoctoral scholars was discussed as well as ways early career scientists can advance their job prospects. The speech was based on data collected from the National Science Foundation as well as Stephan's experience serving on the National Academies Committee to Review the State of the Postdoctoral Experience for Scientists and Engineers.

Paula Stephan is professor of economics, Georgia State University and a research associate, National Bureau of Economic Research. She is a Fellow of the American Association for the Advancement of Science and a member of the Board of Reviewing Editors, Science. Science Careers named Stephan their first "Person of the Year" in December of 2012 "honoring an individual who, during the past 12 months, has made an especially significant and sustained contribution to the welfare of early-career scientists." Stephan has published numerous articles in such journals as The American Economic Review, The Journal of Economic Literature, Management Science, Nature, Organization Science, and Science. Her book How Economics Shapes Science was published by Harvard University Press, 2012. Her research has been supported by the Alfred P. Sloan Foundation, the Andrew W. Mellon Foundation, and the National Science Foundation. Stephan currently serves on the National Academies Committee on the Next Generation of Researchers Initiative. Recently she served on the National Research Council's Board on Higher Education and Workforce and the Committee to Review the State of the Postdoctoral Experience for Scientists and Engineers. She served on the National Advisory General Medical Sciences Council, National Institutes of Health 2005-2009 and served on the Advisory Committee of the Social, Behavioral, and Economics Program, National Science Foundation, 2001-2008 (CEOSE, 2001-2003). She has held visiting positions at the Max Planck Institute, Munich, Germany, Katholieke Universiteit Leuven, Belgium, Harvard University, International Center for Economic Research, Turin, Italy, and the Wizzenschaftszentrum fï¿½r Social Forschung, Berlin, Germany.