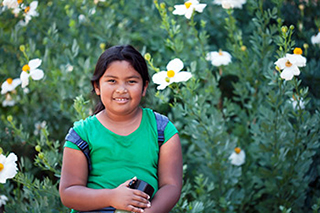 Scientists are exploring the role that chemicals may play in weight gain and obesity.

Some endocrine disruptors have been shown to be obesogens, or involved in weight gain, and may be contributing to the obesity problem in this country. The term obesogens was coined around 2006, based on the knowledge that exposures during early development to specific chemicals were found to disrupt normal metabolic processes and increase susceptibility to weight gain across the lifespan. Poor nutrition and lack of exercise are known contributors to obesity, but these chemicals may also be contributing.

How obesogens work in the body

Unhealthy diet and lack of exercise are the main factors that contribute to weight gain and obesity, but studies have found that obesogens may also be playing a role. Obesogens do not directly cause obesity, but they may increase the sensitivity, or susceptibility, to gaining weight, especially when the exposures occur during development.

Obesogens are believed to work in several ways.

They may change how a person’s fat cells develop, meaning they may increase fat storage capacity or the number of fat cells.

Also, obesogens may make it more difficult to maintain a healthy weight, by changing how the body regulates feelings of hunger and fullness, or increasing the effects of high fat and high sugar diets.

Examples of chemicals that may be obesogens

The most sensitive time for exposure to obesogens is during early development — as a fetus or during the first years of life — when the body’s weight control mechanisms are being developed.

Obesity is a disease itself, but other diseases or disorders that develop as a result of, or in combination with obesity, such as cardiovascular disease, liver disease, diabetes, arthritis, and others, also can contribute to health problems associated with weight gain.

Try to minimize exposures to environmental chemicals. This is often challenging, since it is hard to know where and what products contain these chemicals.

Some general advice is to:

The NIEHS Obesity and Diabetes program funds numerous grantees who are studying exposures that may be related to obesity and related diseases, such as diabetes.

The National Toxicology Program is also addressing the role that chemicals play in the development of diabetes and obesity.