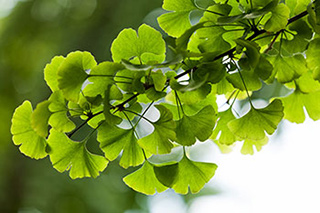 Ginkgo or Ginkgo biloba is one of the world’s oldest living tree species. Ginkgo has been used for many years for a variety of medicinal purposes.

What is ginkgo extract?

Ginkgo extract is made from the leaves of the Ginkgo biloba tree. The leaves contain a complex mixture of components. The exact formulation of ginkgo extract in products available to consumers in the U.S. can vary from manufacturer to manufacturer.

Why do some people take ginkgo extract?

In the U.S., ginkgo extract is readily available to consumers as an herbal supplement. People take it for a wide variety of health reasons, mostly to improve brain function and memory. However, clinical trials designed to assess the efficacy of ginkgo extract have not produced consistent evidence of benefit. Ginkgo extract is typically taken orally. It is found in capsules, tablets, or teas, but may also be available in liquid extracts.

Why did the National Toxicology Program (NTP) study ginkgo extract?

The National Toxicology Program conducts studies to identify the potential harm of short and long-term exposure to some botanical dietary supplements. The nomination to study ginkgo extract came from the National Cancer Institute (NCI) because of its widespread use as an herbal supplement and the limited data on toxicity and carcinogenicity. The ginkgo studies are part of a larger National Toxicology Program (NTP) initiative to evaluate the safety of a number of widely used herbal products.

What did NTP toxicity and carcinogenicity studies find?

NTP works closely with the FDA to conduct research studies to address questions about the safety of a wide variety of dietary supplements.

What do the NTP studies mean for humans?

NTP rodent studies on ginkgo extract may be relevant to humans. However, these studies represent only the first step in determining if there is a human cancer risk from taking ginkgo extract as a dietary supplement. The next steps will include identification of components in the extract that may account for the cancer findings, along with the collection of additional information on human consumption of ginkgo extract.

What have some other major NIH-supported research studies looking at the health benefits of ginkgo found?

In the largest clinical trial of ginkgo to date, researchers supported by the National Institutes of Health (NIH) looked at data on more than 3,000 people, ages 75 or older, between 2000 and 2008. Half took ginkgo, half did not. All participants in the Ginkgo Evaluation of Memory (GEM) study took tests of their thinking abilities. The researchers found that 120 milligrams taken twice daily was not effective in reducing the incidence of dementia, lessening cognitive decline, reducing blood pressure or hypertension, or reducing cardiovascular disease events. NIH is also supporting additional research studies on ginkgo.

Should I stop or start taking ginkgo extract?

Consumers should be aware that studies have not consistently demonstrated that ginkgo improves brain function. The NTP findings showing that both rats and mice develop cancer after long-term use should also be taken into consideration. Additionally, ginkgo has been shown to interact with other drugs, which can increase or decrease their effects. It is always important to give your health care provider a full picture of what you do to manage your health, including taking dietary supplements. This will help ensure coordinated and safe care.