The NIEHS network is made up of many subnetworks. NIEHS operates and controls most, but not all, network components on its campus. The network consists of interconnected devices that provide network access, system distribution, and data center core routing and connectivity for I&IT operations. NIEHS has six locally managed networks and one shared network. On the primary system, the institute hosts five networks, including:

NIEHS networks also include two overlay networks referred to as DAS and Wireless. These networks include additional cables, switches, and routers.

Additionally, NIEHS has five network enclaves. Network enclaves are virtual network zones that are logically separated for I&IT security. These networks are often referred to in discussions, but are not always fully delineated in technical layout. Institute enclaves include:

The network diagram provides a visual depiction of the complexity of NIEHS virtual networks and enclaves. It shows the ownership of networks, virtual network separation, and network classification. The demarcation marks the point where a network interfaces with the network owned by another entity.

NIEHS operates a network access control (NAC) infrastructure that provides security and management controls. This technology is part of an NIH centralization project. NIEHS currently operates end-of-life hardware, so planning for this replacement technology is a priority. The strategy and implementation may require the NIH-required solution with a hybrid local solution. NIEHS purchased CISCO ISE technology in 2018, but also depends on an NIH project to deploy further Forescout technology. Collaborative teams are exploring institute options in the coming months. Success will involve compliant NIH technology working harmoniously with an NIEHS system that reports data to an asset management and security system. Components of this hybrid solution still need to be worked out with NIH.

NIEHS will improve communications with the user community on the status of network operations. The current network dashboard is technical. The desired dashboard will allow all users to receive less technical, but more informative, information about the network as it is impacted. The desired outcome for this objective is an automated and web-enabled dashboard that fits diverse user needs. The project is yet to be prioritized.

NIEHS network performance monitoring is not yet mature. The continued improvement and maturity of the network monitoring capabilities is important to I&IT reliability and integrity. The current data center and server monitoring product, SolarWinds, will be used to monitor the network. The institute will improve and customize this monitoring tool to better support all users. Success measures will involve the creation of custom reports using the tool that monitors specific networks and protocols for performance and consistency, such as VoIP traffic reports, video traffic reports, and facilities network-specific reports. The work is yet to be prioritized.

The NIEHS network runs many services and protocols that provide communications for an array of applications. Certain protocols require more bandwidth and control over peak times of communications. Network systems have a quality control implementation called quality of service (QoS) that will be used if there are known gaps in current operations. The tracking, measurement, and reporting of these metrics is needed to determine if the institute requires QoS as a technical capability. NIEHS will add this tracking and reporting to its contracted reports. QoS recommendations will be made for the next one to three years. The project is yet to be prioritized.

Adding Services to the Cellphone Network

NIEHS operates and maintains a DAS for cellphone carriers. The DAS improves cellphone reception inside buildings where signals are not normally received. These connections are owned by the providers and the services must be formally arranged. Currently, Verizon is the only operational provider within Building 101. NIH carries all popular providers across the campus DAS, and NIEHS should do the same. The institute will increase its provider network by two carriers over the next two years. Provider expansion is limited by mandated legal agreement review.

NIEHS operates secure low-speed DSL network lines supporting several functions. Over time, the number of unrelated uses splitting this internet service has reduced performance. Currently, there are several specialized services using a single DSL line splitting performance for all users. There are several reasons to upgrade the DSL service to a faster connection. Services include on-campus contractors who need high-speed network services, but do not have badges for I&IT systems access; infrastructure services that have cloud-based maintenance monitoring, which are best hosted on a separate network (e.g. Distributed Antenna System); and external monitoring of NIEHS networks. NIEHS will improve network service speed and performance for these purposes by using technology that is faster than DSL for these alternative internet routes. With growth in end-point computing, NIEHS expects expanded needs in this area. 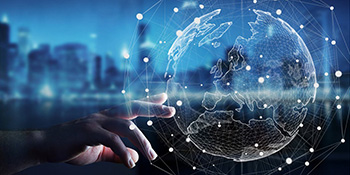 The federal government is required to deploy native Internet Protocol version 6 (IPv6) network protocols to public-facing I&IT services. The new technology requires an internal network strategy and plan for transition. NIEHS will produce a documented plan that details the strategy and considers timing and options for this project. NIH has not required additional action, even though the prescribed timeline has passed.

NIEHS needs an out-of-band (OOB) network to improve the ability to operate and maintain the network. An OOB network will provide a separate connection to certain devices for direct management that does not depend on the operating systems of the primary network. OOB systems use a dedicated network that is up all the time. As an initial strategy, NIEHS will use retired lifecycle equipment to minimize OOB cost and complexity. An OOB network governing strategy will be generated. OOB planning has been initiated, but not prioritized.