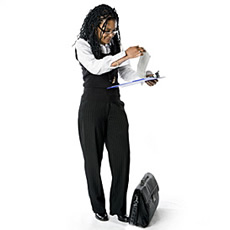 Definition - An Outside Activity is just what the name implies... "Outside." It is outside of, or not related to, your current official work. It is done outside of your NIH work area, using your own or the outside entity's resources, not Government resources. Outside Activities are governed by the Standards of Ethical Conduct for Employees of the Executive Branch (5 CFR 2635), by the HHS Supplemental Standards of Ethical Conduct (5 CFR 5501, 5502), and NIH policies and procedures.

The decision whether a request from an outside entity should be carried out in a personal capacity or as part of your official duties depends on:

Invitations based on any of these criteria would likely be done as part of your official duties.

Original Request: HHS-520 Request for Approval of Outside Activity (1/06)

Submit your request as soon as possible, but no later than 8 weeks prior to the proposed start date.

Electronic submission via the NIH Enterprise Ethics System (NEES) (optional until 4/15/08, then mandatory).

Each year, every employee with an approved Outside Activity must submit the Annual Report of Outside Activities, form HHS-521, due no later than February 28th. The report covers all Outside Activities which occurred during any portion of the previous calendar year, i.e., may have started in a previous year but continued into the reporting period. This is a report only, it does not seek nor convey approval to continue an activity, even if you indicate that you intend to continue a particular activity.