For the latest in her series of community forums, Linda Birnbaum, Ph.D., director of NIEHS and the National Toxicology Program, visited southeastern Kentucky for the Appalachian Health and Well-Being Forum. Before the July 25 event at the Letcher County Cooperative Extension Office in Whitesburg, Birnbaum visited community groups, health organizations, and a clinic in the region.

The University of Kentucky (UK) served as host. They and other organizers targeted the Appalachian region’s long-standing disparities in health and well-being, by focusing the event on innovative programs, stories of success and lessons learned, and potential resources.

“The visit painted a hopeful picture of the strength of the mountain communities and the dedicated health professionals who are not only delivering top notch care, but also listening to the needs of the people,” said Heather Henry, Ph.D., from the NIEHS Hazardous Substances Research Branch, which oversees Superfund Research Program (SRP) grants.

Organizers emphasized the importance of community and sense of place in Appalachia. “Health is not [simply] the absence of disease,” Birnbaum said at the forum. “We need to be looking at the health of the whole community.” She spoke as part of a panel that included four others.

Birnbaum pointed out that NIEHS research on how the environment impacts health provides information to both decision-makers and individuals. “Knowledge is power,” she said. “If you know something is wrong, you can work to fix it.”

After the meeting, Brewer reflected on the panel’s interaction with the groups and perspectives represented in the audience. “The forum gave attendees the opportunity to share information about their programs with one another, which resulted in collaborations forming between various organizations,” she said, noting that connections she made there are already helping to open doors for collaboration and further work in the region. 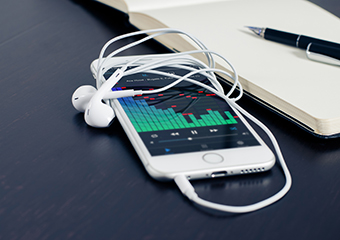 Listen to excerpts from Birnbaum's talk in this radio story from Benny Becker of the Ohio ReSource. Scroll down to Interviews and podcasts and select July 26, 2016 (1:27).

From university to Appalachia

A day earlier, in Lexington, Birnbaum and staff met with university officials and with researchers and trainees in the UK Superfund Research Center (SRC). Several of the SRC scientists joined the visits to the southeastern part of the state and assisted at the forum.

In Hazard, Feltner led Birnbaum and the group on a tour of the Center of Excellence in Rural Health (CERH), which addresses health disparities by educating health professionals, offering health care, and engaging the community. Feltner emphasized that many factors play a role in health and well-being. “Poverty has a lot to do with access and health,” she said, citing the case of a cancer patient who had to take a bus to get treatment and then return alone, suffering from nausea.

After the tour, the area’s natural resources and economic resources took center stage, during a working lunch with representatives of local groups.

MCHC doctors participate in the FARMACY program, which supports healthy eating for individuals experiencing conditions such as obesity, cardiovascular disease, and pregnancy. The physicians write prescriptions for fresh produce, redeemable at the local farmer’s market.

How nutrition may lessen the effects of environmental exposures is one topic studied by scientists at the SRC. “This trip puts meaning behind our research,” said Bernhard Hennig, Ph.D., SRC director. Henry agreed. “The UK SRC program and local efforts to improve health in the Appalachian region really enhance one another,” she said.

John Schelp, NIEHS special assistant for community engagement and outreach , observed further connections between research and practice. “At the [MCHC] health clinic, while visiting wards from maternity and child health to diabetes and the largest black lung clinic in the country, I was struck by how NIEHS research touches on every one of those areas,” he said.

“There’s an infectious sense of community, commitment, and collaboration among the people of eastern Kentucky,” noted NIEHS legislative liaison Jed Bullock. “Their efforts speak volumes about the value of the SRP and NIEHS research, because they are the direct beneficiaries, putting this research into action to create healthier lives.”

Celebrating 50 years with a community forum close to home

NIEHS celebrated 50 years of environmental health research with a community forum held, for the first time, in its own backyard. Linda Birnbaum, Ph.D., NIEHS and the National Toxicology Program director, joined four local grantees Feb. 18 at RTP 180 — a monthly event in Research Triangle Park (RTP) that takes on topics from music and gaming to biomedical research, in a casual format that encourages audience involvement.

The sold-out event drew more than 300 people who wanted to learn more about the topic of gene-environment interactions. The forum was held just down the road from NIEHS, at The Frontier, a free space for those who need a work or meeting place.

Speakers in addition to Birnbaum included four scientists from the local area.

The RTP 180 series, with a focus on the emerging technologies and trends, attracts employees of the high tech, biotech, pharmaceutical, and other companies located in RTP. Yet the diverse nature of events ensures a wide range of participants from across the local area.

“This was a fun gathering,” Birnbaum said. “We’re trying to reach out to different audiences with our community forums and this was very different. Plus, I enjoyed talking with folks right in our backyard.”

Each speaker was given five minutes — strictly and humorously enforced — to discuss their research, with time for audience questions after each presentation. The format guaranteed a lively evening, with emcee Will Hardison, a local entrepreneur and DJ, providing comic relief during transitions.

Birnbaum opened with an overview of NIEHS, which was the first major tenant to commit to build in RTP and has been here for the past 50 years. “We pump more than $250 million into the local economy,” she said, citing a total budget of about $790 million.

She also discussed the mission and research of the institute, much of which is aimed at uncovering interactions between genes and the environment, including the Sister Study, focused on breast cancer, and the Agricultural Health Study, which studies pesticide exposures among participants in North Carolina and Iowa. From metabolites to mitochondria

Sumner discussed metabolomics, the study of metabolites in an organism. She studies metabotypes, or biochemical fingerprints, to learn more about disease and exposures. Sumner took a lighthearted approach when explaining the complex analyses performed on samples of blood and other tissues. “I used to spin thread in a mill during summers in high school. Compared to that, talking to you guys is really easy,” she said.

Peden, a pediatric allergist, combined his discussion of air pollution and asthma attacks with advice on avoiding impacts to personal health. He suggested exercising in the morning on days with poor air quality, trying to live and work more than 500 meters from highways, and getting involved in local communities to raise awareness.

Patisaul studies sex differences in brains and neurodevelopment, and how chemicals might interfere with that process. She uses prairie voles, because they bond to partners, much like humans do. Patisaul explained gene-environment interactions by saying that, in the case of an individual with a gene variant more susceptible to a certain chemical, having that gene was like being in the wrong place at the wrong time.

Emphasizing the value of community involvement, Birnbaum highlighted upcoming NIEHS events during this anniversary year and encouraged the standing-room-only crowd to check the institute website for a detailed list.